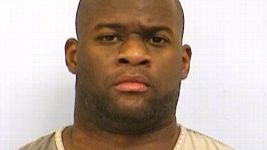 Former Texas quarterback Vince Young was arrested late Sunday night in Austin on a misdemeanor charge of driving while intoxicated.

Young was booked into Travis County Jail at 12:46 a.m. Monday after a traffic stop two miles north of the Texas campus.

The arrest warrant said that a police cruiser witnessed Young’s car idling for 10 seconds at a green light, then not signaling for a lane change and drifting in the lane while driving. After stopping the car, the officer formed the opinion that Young was intoxicated based on glassy eyes, slurred speech, strong odor of alcohol and swaying while walking. According to the report, Young refused a breathalyzer.